Go to our Main Website for ALL Gun Violence Data

A note that the data on shootingtracker.com will now comply with the standard Gun Violence Archive methodology on how mass shootings are counted.

FOUR or more shot and/or killed in a single event [incident], at the same general time and location, not including the shooter.

This difference is that we do not count the shooter among the victims when determining if a shooting reaches the threshold of Mass Shooting. It insures a clear separation between victims of a shooting and those who perpetrate the crime. GVA also does not parse the definition to exclude any type of gun violence such as gang shooting or domestic violence. The definition is purely numerical and reflects ALL shootings which reach that statistical threshold.

Our license is a simple Creative Commons Attribution license. If you cite to us, all we ask is that you source us with a link for your viewers/readers to http://www.gunviolencearchive.org/reports/mass-shooting In addition, we would appreciate notice through an email to [email protected] 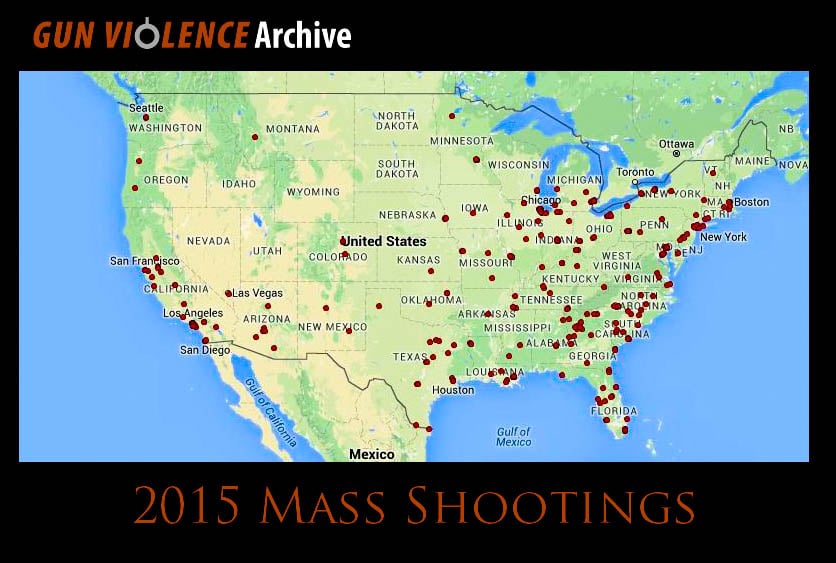